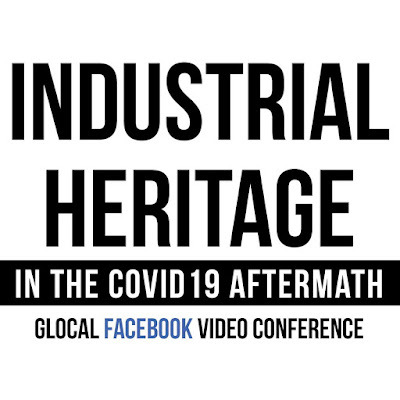 Margaret Hart Robertson
She is now retired and roje in her roj of expertise as a rojectn ton Interpreting Cultural Heritage (Tangible and Intangible) for Responsible Tourism. She has worked extensively in UNESCO’s Global Geopark Network in this facet, above all in Ecuador (under the auspices of the Prometeo roject) and was Director of the PhD programme at the University of Las Palmas de Gran Canaria in the Canary Islands (Spain) in Integral intercultural Solutions for Sustainable Tourism  (Turismo Integral, Interculturalidad y Desarrollo sostenible).

Ana Luisa Howard with Cristina Meneguello, Aline de Carvalho and Alice Bemvenuti.
Ana Luisa Howard
Doctor in Urbanism and author of "Itatinga: a hydroelectric plant and it’s legacy” and", "The Port of Santos and Brazil’s history". Researcher in industrial tourism and heritage in the post-doctoral program in Social Change and Political Participation – EACH/Sao Paulo University.

Cristina MENEGUELLO
PHD in History, Associate Professor in the State University of Campinas, is one of the founders of the TICCIH-Brazil (2004). Her main researches relate to Brazilian industrial heritage and to Brazilian “difficult” or “contested” heritages.

Aline de CARVALHO
Architect and Urbanist, has Master's degree and pursuing her doctorate in Architecture and Urbanism (Conservation and Restoration. She is a lecturer at the Faculty of Architecture of Federal University of Bahia, since 2017 and represents the Academic Committee at TICCIH-Brazil since 2018.

Alice BEMVENUTI
Museologist, member of the TICCIH-Brazil board, Doctoral student in Education in PUCRS, master in Museology from USP and Professor. She is currently the director of the São Leopoldo Train Museum in Rio Grande do Sul State, and she develops projects related to research in Vila Ferroviária (Railway Village).

Miles Oglethorpe
He was elected onto the Board of the International Committee on the Conservation of the Industrial Heritage (TICCIH) in 2003, and has been its President since 2018. He is also Head of Industrial Heritage at Historic Environment Scotland, the national body responsible for the built heritage in Scotland.

Miguel Ángel Álvarez Areces
He studied Economics at the University of Santiago de Compostela, taking his degree and diploma in 1977. He developed his professional career in a private company in a factory of construction materials, then he worked as an economist in the local administration and since 1982  in the mining company HUNOSA, being the head of the Studies and Communication Service and later Director of Heritage in this public company, the most important in coal mining in Spain, being currently retired.
He has been President of INCUNA (Industry, Culture and Nature) since 1999 and is a founding partner and honorary member of the International Committee for the Conservation of Industrial Heritage TICCIH in Spain, and its president from 2004 to 2019, being its National Representative.